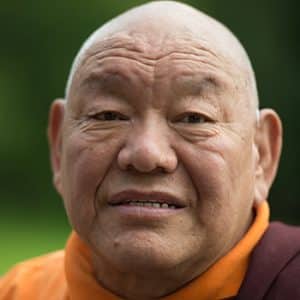 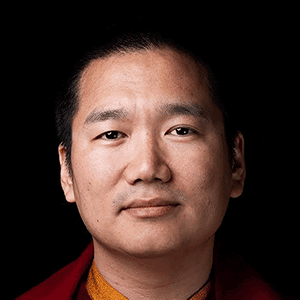 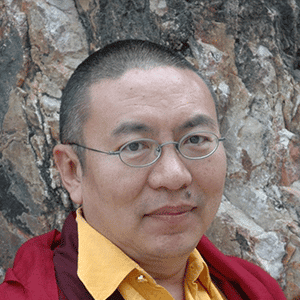 There he successfully studied the key subjects, including Buddhist philosophy, literature, poetry, history and Sanskrit. Shangpa Rinpoche has also received extensive initiations, transmissions and essential teachings from great masters of different lineages. The 16th Gyalwa Karmapa had predicted that countless beings would benefit from his Dharma activity. His Holiness was and is the source of limitless inspiration and strength for Rinpoche’s activity.

Currently, Shangpa Rinpoche is the senior abbot of various Buddhist institutions in Nepal, namely Jangchub Choeling Monastery, Vikrama Shila Buddhist Institute, Karma Ngedon Palbar Ling Retreat Center in Pokhara, Tharpa Choeling Nunnery in Mustang, Drubgyud Choeling Monastery in Lumbini and the Kagyu Institute for Buddhist Studies in Kirtipur. He is also Honorary Councilor of the Dharmodaya Society, a member of the World Fellowship of Buddhists in Nepal, and Chairman of the Shangpa Foundation and Spiritual Head of Karma Shedrup Choeling in Denmark. He is also Chairman of the Manjushree Hermitage and the Manjushree Foundation in the United States. In 1982, Shangpa Rinpoche first came to Singapore and later, at the request of His Holiness Shamar Rinpoche, became the Abbot and Spiritual Director of the Karma Kagyu Buddhist Center in Singapore.

Shangpa Rinpoche makes many trips to Southeast Asia, the USA and Europe to give teachings. Despite his many responsibilities and busy schedule, he also chairs the Dharmakaya Buddha Mandala Project in Pokhara, Nepal, which will create one of the world’s largest Buddha statues, another sacred space accessible to all. 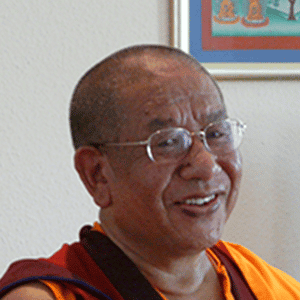 Since his 3 year retreat conducted under Bokar Rinpoche’s guidance, Sherab Gyaltsen Rinpoche has supported the activity of the Kagyu lineage through tireless practice, giving initiations and guiding students. In addition to his many activities, Rinpoche is also the retreat master of the 3-year retreat center in Pharping, Nepal.

He has built and oversees a monastery for over a hundred nuns in west Kathmandu and his plan to build a monastery east of the city is progressing well.
Several times a year, Rinpoche guides thousands of practitioners in the practices of Nyung-ne and Chenresig at his Nyeshang Monastery in Swayambhunath. Over twenty billion Chenresig Mantras have been accumulated in the last 25 years.

Rinpoche’s teaching style is deep, direct and accessible. His teachings, augmented with practical advice, stories and warm humor, leave a lasting impression on all who have had the good fortune to hear them. 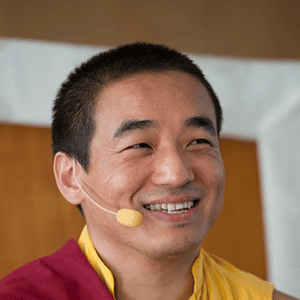 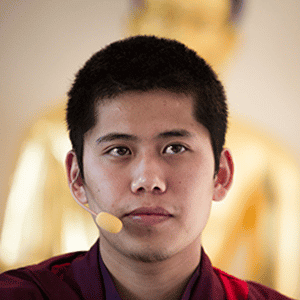 The current 4th Karma Trinleypa was born in Nepal and recognized at the age of 4 by Shamar Rinpoche as the above reincarnation. He has now completed his studies at the renowned Sakya College in Deradun and teaches in various Buddhist centers. 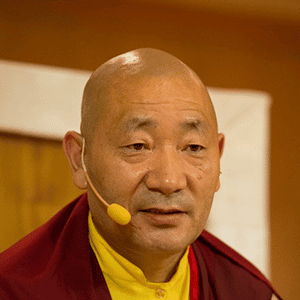 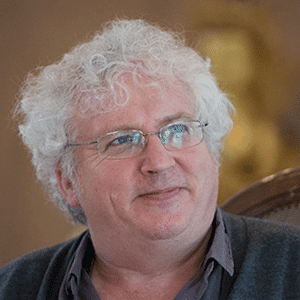 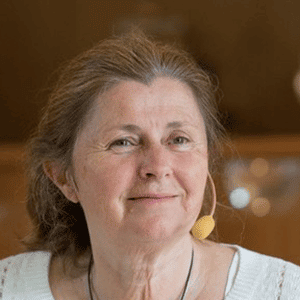 Lama Walli teaches regularly in European centers of the Karma Kagyu lineage, which are under the patronage of Thaye Dorje, H.H. the 17th Gyalwa Karmapa. 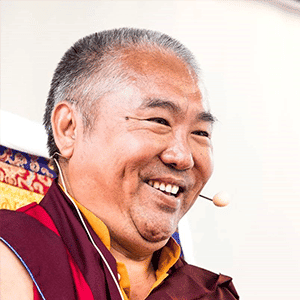 Meanwhile, Nendo Rinpoche is the Vajra Master of Thaye Dorje, H.H. the 17th Gyalwa Karmapa. Rinpoche stayed at Rumtek Monastery until 1993 and then moved to Shamar Rinpoche’s residence where he is in charge of the monks and their training. After consulting Shamar Rinpoche, he bought a piece of land nearby in 1996 and built his own Dharma house. Nendo Rinpoche is in charge of Shamar Rinpoche’s monks and supports the activities of the Karma Kagyu lineage in Sikkim for H.H. the 17th Gyalwa Karmapa Thaye Dorje.