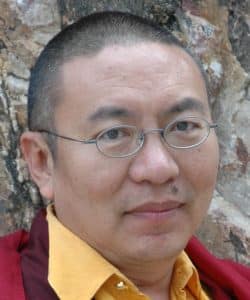 Shangpa Rinpoche travels extensively to South East Asia, USA and Europe to give teachings. Despite his heavy responsibilities and busy schedule, Shangpa Rinpoche currently heads the “Dharmakaya Buddha Mandala Project” in Pokhara, Nepal, where one of the largest Buddha statues of the world will be built. This will be another sacred place of sanctuary and devotion for all.