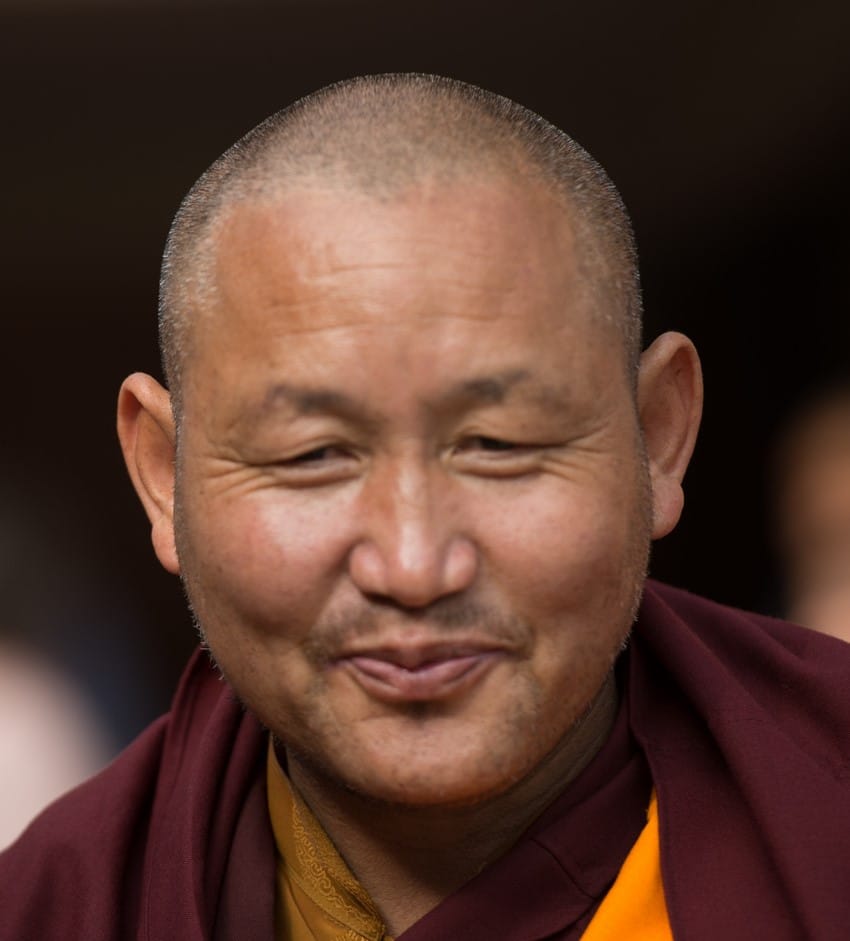 It is with great joy that we are announcing the visit of Khenpo Gyaltsen Zangpo, who will start with a series of courses about ‘The Gateway to Knowledge’.

This is an important text about the basics of buddhist philosophy, written by the great master Mipham Rinpoche. The text includes subjects such as the 5 Skandhas, the 18 elements, the 12 sense sources, interdependence and others more. Khenpo Gyaltsen Zangpo is one of the most suitable teachers we could get for this series of courses and we are more than happy that he accepted our invitation, following Jigme Rinpoche’s advice. With this course Khenpo will start a line of annual courses according to Shamar Rinpoche’s Bodhi Path Curriculum of Studies. Each year the series will be continued and it is highly recommended to form study groups afterwards in order to comprehend the content of the course thoroughly. On this basis the teachings can be continued during the following courses. Nevertheless a participation is also possible for those who are not interested in joining a study group.

This course is suitable for all, who would like to build a profound base for their studies as well as for their practice. Knowing about these subjects is an important precondition for a deep understanding – also for the way of functioning of our mind during the practise of meditation.

Khenpo Gyaltsen Zangpo, born in 1973 in Kham, Tibet, spent his childhood there, went to school and entered a retreat center in the age of 18. He received important teachings and transmissions before he started to study the traditional Buddhist scriptures at the Zurmang Shedra in Kham, which he continued for nine years at the Dzongsar Shedra in India. In the age of 38 he was appointed the principal Khenpo in the Diwakar Buddhist Academy in Kalimpong, India, before Shamar Rinpoche asked him to become the director of the Sharminub Institute in Kathmandu. There Khenpo has already been teaching for years now and at the same time he is taking care in the kindest way for about 100 boys, who were accepted there after the big earthquake in 2015. These boys are accommodated in the Sharminub Institute now, get food and lessons as well as medical care if necessary. Khenpo Gyaltsen Zangpo is a very inspiring example of an active Bodhisattva.

Schedule: The course can only be booked entirely. It begins on Thursday, October 3rd at 10am and ends on Sunday, October 6th at lunch time.

Language: Tibetan with a direct translation to German (if an English translation is needed, please let us know and we will try to make it possible)

Fee for the entire course: € 140 (reduced € 110, valid for supporting members of Bodhi Path Renchen-Ulm, for unemployed, pensioners and students)